Jennifer Greenburg's new book The Rockabillies explores the lives of those who have adopted the rockabilly lifestyle in its entirety. That might include style, clothing, furniture and jewellery. The ones who are often to be foud rummaging in car boot sales for authentic fifties ornaments or custom car parts. 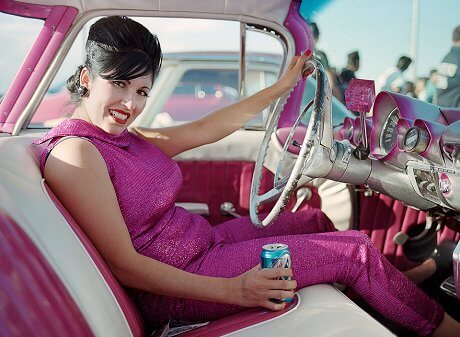 "I think Rockabillies are attracted to that time because it was the birth of the rebel youth culture and rock 'n' roll - as well as having a certain colour palette that really appeals," says Greenburg disingenuously, "Also the attention to detail and design is like no other. That time period still had designers who spent an immense amount of time designing things like cars, appliances and so much else. Anyone with an artistic vision is going to be attracted to these things simply because of how well they're made."

Jennifer talks of how rockabillies may try to reimagine their lives as though it were still the fifties. "Many live their lives in the 50s," she explains, "They move to the suburbs, live in a house with a white picket fence and use appliances from that era. For the most part people preserve all the antique items, all their furniture is vintage – it's not new appliances and furniture designed to look like the old. They somewhat turn a blind eye to modern realities. Rockabilly takes up all the space in their life." 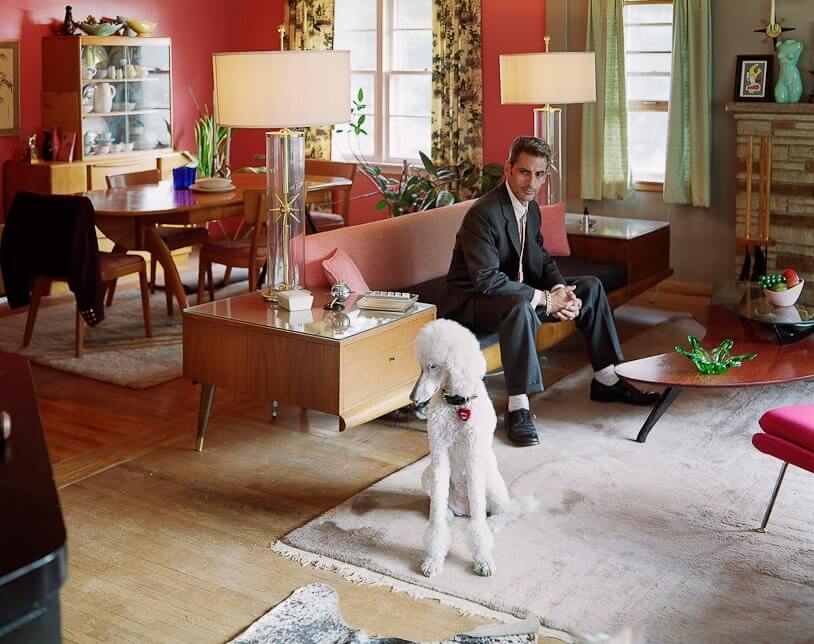 Being a photographer herself, and with a love of vintage cameras, she found it easy to source the material for her book. "The important thing is that I have a relationship with each person I photographed," she argues, "It was important for them to trust me and for me to know them before I asked to photograph them. It was very important for me to establish strong connections. If I didn't think they were joyous and dedicated than I didn't ask." 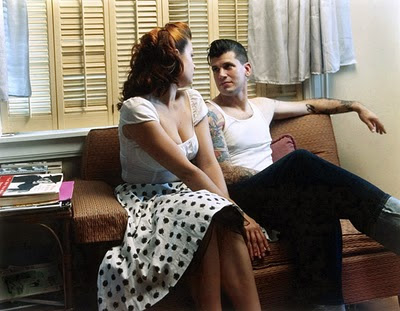 Despite their rebel without a cause origins, Greenberg suggests that like modern rockabillies tend to be culturally conservative in their views, a view that she shares. "The Rockabilly culture tends to be somewhat more conservative because they're part of the value system of the Eisenhower era. I wish we lived in a culture today where people had respect for each other in what they wear. If you look at photos from the 1960s, men are coming out of the subway, all of them wearing suits and hats."

So what is the cut-off date for true rockabilly culture? "The true Rockabilly will tell you the end happened in 1964," she states emphatically. 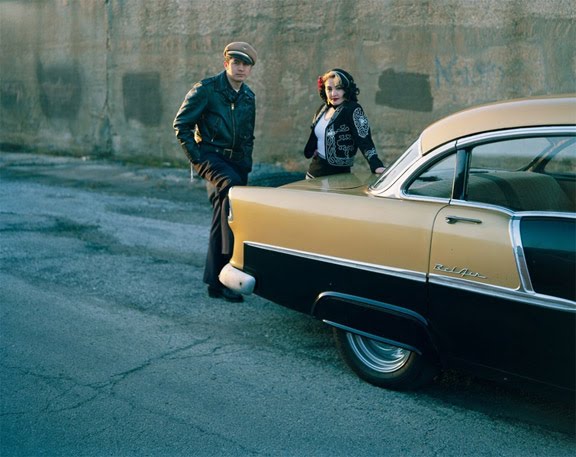 How do you find all this cool stuff. I'll try to get a copy.