Who is your favourite lady wrestler?

I've always had a soft spot for Queen Amina of Zaria who built an empire in West Africa in the late 16th century which was boundaried by walls 30ft high:

Legend has it that Amina took a different lover every night, often wrestling him to the ground before riding him like a stallion.

The warrior women tribes of Dahomey in the 19th century also wrestled regularly in training. They once defeated an invading French army by charging down the hillside naked towards the French lines, brandishing their spears. Apparently the French line fell apart and disappeared in all directions, except for one Jean-Claude who apparently surrendered and had a real good time thereafter.

But it's really the 20th century when professional ladies wrestling took off, reaching its first peak in the 1950s with wrestlers like Mildred Burke, Judy Grable, Mae Young and Ida Mae. These were tough ornery women:

By the 1980s, glam had taken over - and showbiz was as important as technique for Wendi Richter 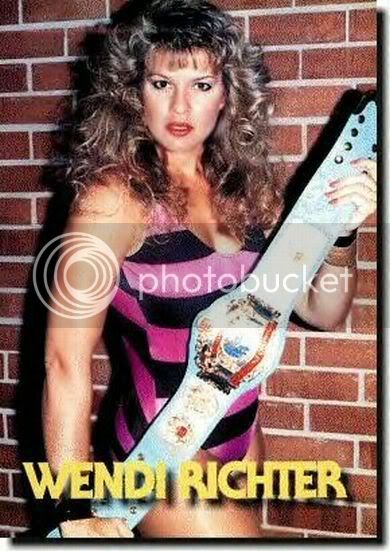