Still going strong at sixty-eight, Robert Williams was part of the Zap Collective that developed on the margins of psychaedelia in the sixties and helped to define its imagery. His love of custom cars makes him a friend of ours too!

Each generation of musicians has sought to claim Robert for their own, from rockabilly and surf through punk up to heavy metal and bands such as Guns'n'Roses. 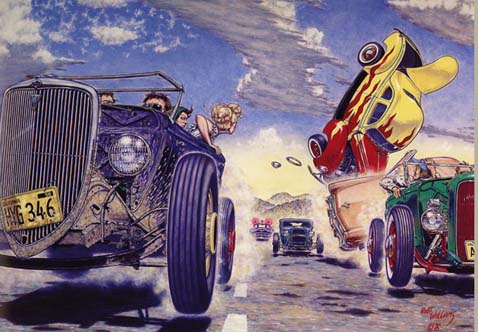 Robert admits that his paintings are a kind of trap - you stare at them, sometimes for hours, wondering what they could possibly mean 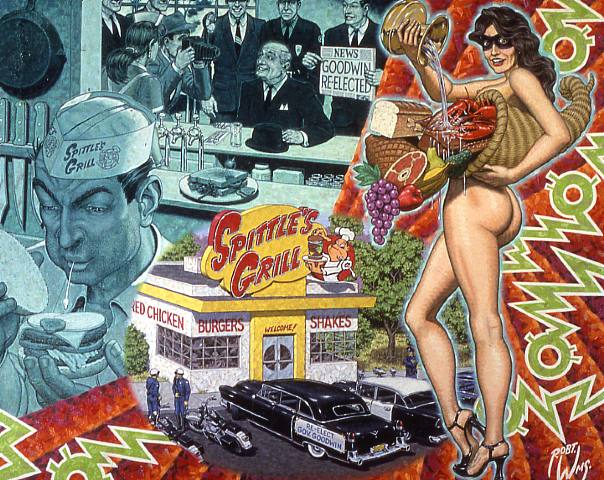